Southampton, one of the UK’s regional airports, was owned by BAA and they required a replacement terminal for the converted Spitfire factory from which the airport had been operating since World War II. Economy was also vital. A previous scheme for the site had suggested a long 3 storey building. In contrast, we proposed a deep plan rectangle, single storey at the edges and 2 ½ storey in the centre. This reduced the cost per m2 by 50%. At the same time the plan enabled the operational simplicity of the existing building to be retained and achieved a maximum processing time of 15 minutes from car to plane. The building was half the price to build of all other terminal buildings being built by BAA at the time. At the same time the building was elegant and easy to use. The project was the first in the UK to be built using the new NEC form of contract, which had little to no impact.

By keeping the building simple, straightforward and useful, only spending money where it was needed and paring down finishes to the most suitable for the location a simple, elegant and usable building was produced. The Manser Practice were also responsible for masterplanning the rest of the airport redevelopment and taking the internal control tower, general aviation hangers and fire stations through planning. 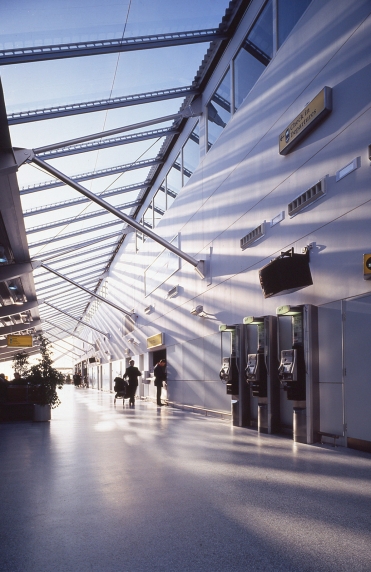 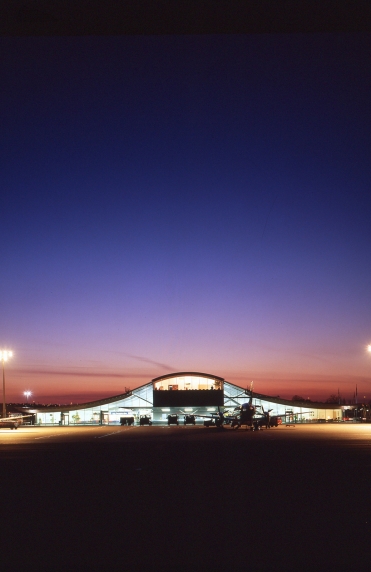